Below are some factors that govern the structures of tournaments at Adda52 Live poker room:

Starting stack is actually the number of chips you get to play at the beginning or get in total. Some common starting chips may include 5000, 10000 and 15000, though there are a few tourneys where you may get to play 30,000 stacks or even more. For re-buy tournaments, you should always get information about the average number of re-buys you can make till the end of final add-on period.

One very important thing that determines the structure of a live poker tournament is how long each blind level lasts. Generally, anything above 25 minute blinds give you a good tournament structure. Even 45-minute levels can be good enough for you, given the correct blind structure and starting stacks. Longer levels mean more room for play, which is, in fact, more beneficial for the skilled players.

There are various structures that may be used for live poker tournaments. Most of the tournaments

that you see especially at Deltin Poker Tournament (DPT) use a freeze-out structure - where you get 10,000 to 30,000 chips and are eliminated from the tourney as soon as you lose all your chips. Some common examples of freeze-out tourneys include DPT Main Event, High Roller, and Tag Teams Event. In freeze-outs, you cannot re-buy or add-on more chips- once you lose all your chips at the table. This type of structure is highly suitable for professional players, not only in India but also across the world.

Another popular structure that is followed globally is a re-entry tournament. The re-entry tournament structure is the latest trend and is almost becoming a norm on the ever-evolving live tournament circuit. The reason for this type of a poker tournament is to allow players re-enter the tournament if they get eliminated. It is profitable for both high as well as low bankroll players. Those with higher bankrolls can play aggressively in the early levels of the tourney to juice the prize pool and those with smaller bankrolls take a shot to win a big money for a smaller entry fee. Among other popular tournament, structures are rebuy tourneys where players are allowed to continue playing even if they get out in the early stage of the game. This structure is more common for the home tournaments.

A very common tournament structure is the bounty, which is like a normal poker tournament, except each player has a bounty on his or her head. This adds a new element to the tourney, as you don’t just get rewarded for surviving, but also get rewarded for knocking out other players in the tourney.

The combination of all above-mentioned factors decides the structure of a live poker tournament. The graph below shows you exactly what you can expect from some well-structured live tournaments: 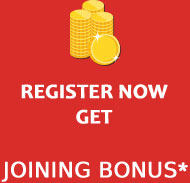